I HAD A DREAM OF CALIFORNIA 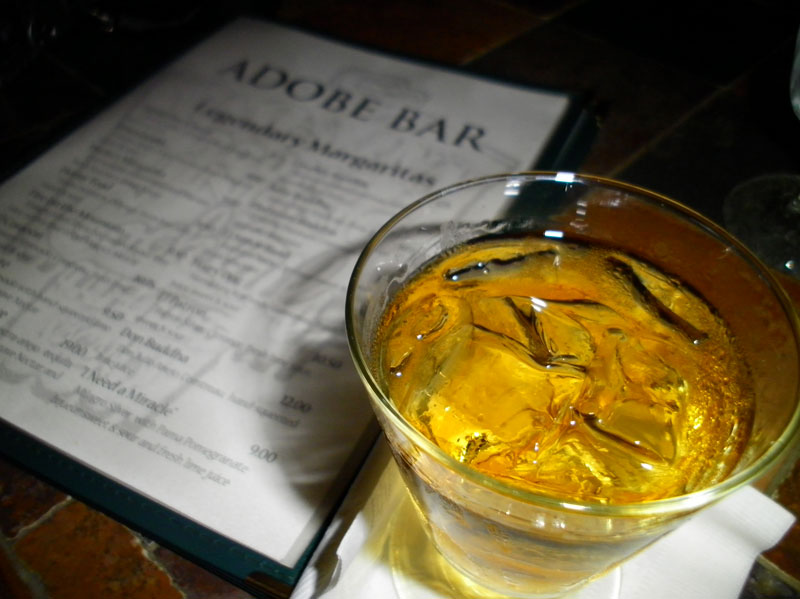 Crown on the Rocks at the Adobe Bar, Taos, NM

July 20
Taos, New Mexico
IT’S 3 PM ON JULY 20th, 2010. I ride silently around Taos Plaza amongst the bustle of the summer tourist crowd and the scurry of food vendors preparing the plaza grounds for the annual Fiestas party, a bright explosion of northern New Mexico culture that will commence later this evening. As I pedal slowly past art galleries and curio shops, I anxiously seek eye contact with others in hopes that I might share my obvious joy with them. But as the Surly and I make our victory lap, I have seemingly acquired the status of the invisible man. No one looks up as I glide past—no one, at all. I have somehow entered an empty space, a hallway between two crowded rooms, which allows me to move unnoticed, shielded completely from view. At the same time, all movements around me are sharp, every color a deeper hue, the glare of shiny objects as brilliant as if they reflect the pure light of the sun. As I continue along the empty gauntlet of my victory lap, the amplified sounds around the plaza ricochet in my ears like a distant echo in a lonely canyon.

After circling the plaza and lunching on fajitas at the Guadalajara Grill, my elated spirit makes its way to the Adobe Bar. There, a small group of Taos friends have turned out for a party in my honor, hosted by my wife, Elisabeth. In the grand scheme of cycling tours, mine has been but a stroll. I have, however, passed a physical and mental test that, frankly, I was not sure I could complete.

Two Crown Royals later, I have reached my limit. After two months of no drinking, and the hard miles of the mountain pass earlier in the day, I surrender quickly. Elisabeth drives us towards Truchas and her parents’ log cabin nestled high in the Sangre de Cristo Mountains. As we climb higher and higher with each turn, the small mountain villages zoom past my window. It feels like we are flying. I marvel at the one-hour drive to the ranch, which would have taken me an entire very long and exhausting day atop the Surly. It has been two months since I have traveled that far in such a short amount of time.

In the quiet of the car, I reflect with real amazement on my ride across America. The Rocky Mountains have been a looming obstacle for the past 56 days. The sheer thought of them tested my mettle mentally each and every day along the journey. I believe that the mental distress I felt about the great wall they represented was even greater than the physical act of actually climbing and crossing those two mountain passes. Now, here I am, woozy as a teenager from a few drinks, a passenger in a sleek jet plane bound for the top of the mountain. Lulled by the hum of the engine and the fast-moving images outside my window, I close my eyes thinking of what my friend Steve Schalk might say about the challenges we meet in life: “Shit, Hugh, it’s no hill for a stepper.”

Elisabeth drives us the 60 miles from Taos to her parents’ old ranch house. There, I drift off to sleep with the twinkling stars in the night sky outside our window. Then, I experience the dream once again, the one I have been having ever since I left Dalhart, Texas:

I have made camp on a cliff high above the Pacific Ocean. From my vantage point I can see miles of coastline in either direction. The scene is big and beautiful, the wind fresh and salty on my face, and for some reason my attention is transfixed on the giant waves crashing on the rocky coast below. The view is of California, I believe, or maybe it is the Oregon coast, instead. All I know with certainty is the sound the waves make: a slow wail of a voice that keeps calling my name, and I know in my heart that my journey is still waiting to be completed.

Endings are supposed to bring a sense of closure, like the sound a camera makes as the shutter captures a single moment. And yes, the image of my victory lap is etched as permanently on my mind as if it were an Ansel Adams photograph. But when I view it, I see with brutal clarity the two realities that were with me that hot Taos afternoon: there is the reality of my silent victory moment and also the glimmer of a new life waiting for me patiently by the side of the road.

As far as specifics go, when I completed the ride, my odometer read a total distance of 1,974 miles. It took 56 days to complete the journey. I carried the emails, comments, and mental support I received from friends and family across every mile. They were like oxygen to me and fed me in ways that my favorite Clif bars, juicy hamburgers, mounds of spaghetti and ice cold Gatorade could not.

There is still so much to say about the miles I covered alone, and about the miles Tim and I covered together. The trip continues to weave its own special magic and to express itself in a distinctive life all its own. It has taken several years of reflection to address the change within me and to begin mapping a new highway for myself into the future. The process has not ceased; in fact, it has only grown stronger. Whenever I have a free moment, or if I happen to come upon a cyclist pedaling with clear intent towards a distant destination, my mind takes me swiftly to that place where I am seated solidly atop the Surly with the long road ahead bending deliciously into the horizon. 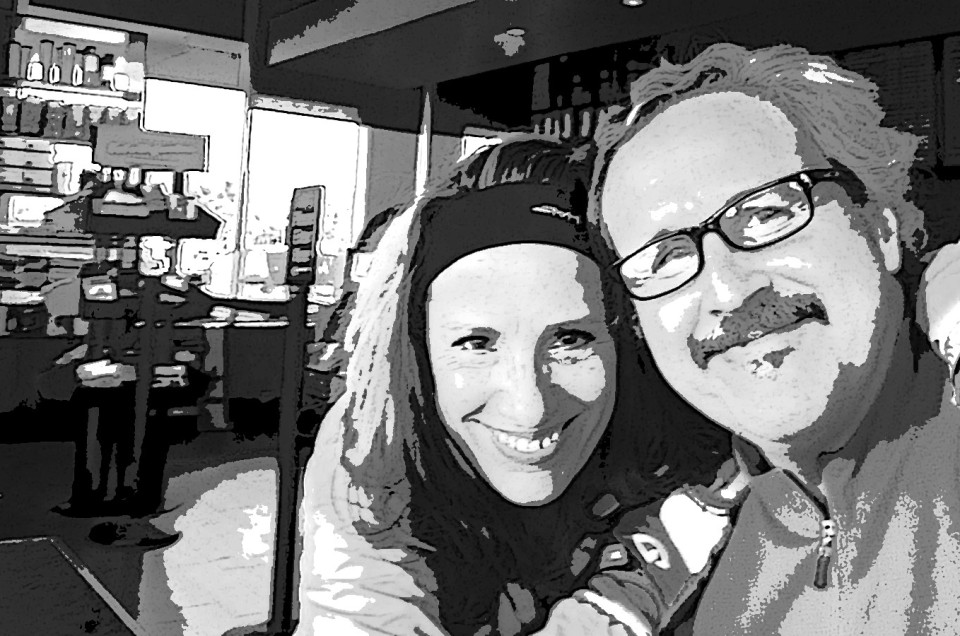 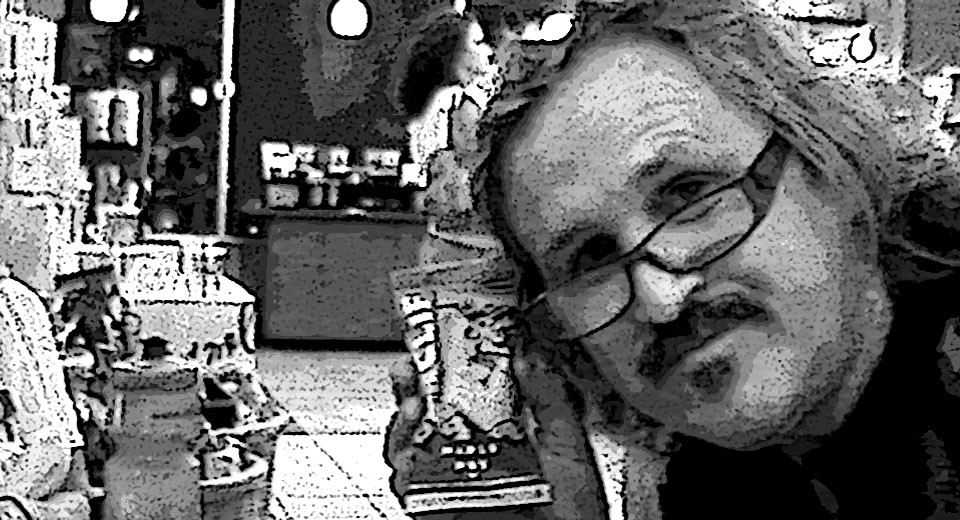