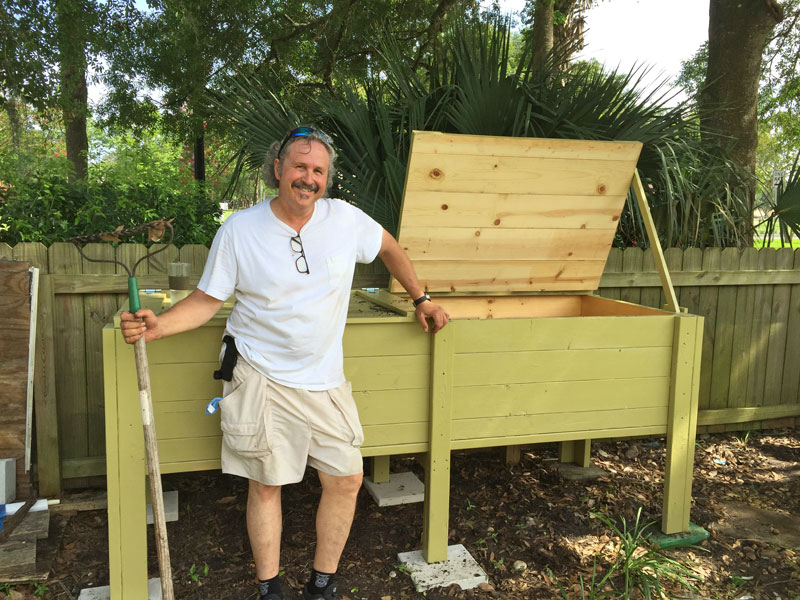 Farming, The Only Honest Job in America

Many years ago, I worked for a very difficult man who once told me that farming was the only honest job in America. I never really agreed with his assessment of the other types of toil Americans make in their workaday lives, but something about his words did stick, and to this day, I hear his voice each and every time I see farm hands at work in the fields.

While it’s not “fields,” exactly, this summer does mark year five that I have been, for better or worse, engaged in a farming career. Well, would-be gentleman farming. Well, okay. When you get right down to it, I am really just gardening – and in no way is this a career. But I have a vivid imagination, so I like to throw my lot in with those proud people who feed the hungry mouths of America.

Although I feed only four of those mouths, I am proud of the vegetables that make their way from the thirteen raised growing beds in our backyard to the dining room table. My attempts at growing organic vegetables for friends and family have been more or less successful. Mostly, I attribute my bountiful annual haul of peppers, tomatoes, eggplants, bok choy, okra, cabbages, collards, and other assorted varieties to beginner’s luck, as I really know very little about farming or gardening. But I have attempted to stick to a few simple rules – grow in raised beds, water often, and feed the plants plenty of quality horse poop. If I have a farmer’s creed, I suppose that’s it.

Mostly, this simple plan has worked well for me. Until this year.

The sixteen-inch, raised wooden vegetable beds are filled with rich, black soil. Looks can be deceiving though, as I’ve recently learned the hard way. It seems that not all rich, black soil is the same. Apparently, after five years of giving and growing, the vital nutrients in those beds have diminished, despite the mounds of quality poop that I’ve administered.

Waiting and Waiting for Vegetables to Grow

And this year, I waited and waited for the pepper bushes to grow tall and, well, bushy. For weeks, I consulted my calendar each day, expecting cucumbers to shoot up their trellises and dangle their pendulous green fruit. I checked again and again, expecting the bok choy to get fat and leafy. But the only thing that happened was that my anticipation continued to grow. Not the vegetables.

Looking back on my farming career, I remember a few low points. There was the Big Flood of 2012, when I lost an entire tomato, pepper, and onion crop to a deluge of rain. (Our yard is a natural low spot. “Lake Holborn,” my friend and neighbor Brett calls it each time it rains.) I have outlasted the onslaught of hungry squirrels and pecking birds. Recovered from the likes of downy mildew virus and tomato blight. So, this year’s news of a nutrient deficiency will not defeat me. A few minerals shy of a full crop shall not do me in.

In fact, despite my worries, some things have grown – and grown exceedingly well. My eggplants are spectacular, and the tomatoes abundant. And I was able to harvest enough peppers to make five bottles of hot sauce – enough to keep my pores open and pouring sweat well into next year. As tough as this season has been, I still find immense satisfaction standing among these rows of partial fecundity.

A voyeur at heart, even if they are not on schedule, I stop to ogle at young tomato fruit coming into its own and squash blossoms unfolding their delicate orange petals. It’s quiet moments like this, alone with my vegetables, when my inner gentleman farmer arises in my imagination, and I see myself clad in a pair of worn overalls, thumbs tucked neatly under wide suspenders, with a dirty trowel hanging out of my back pocket. Lingering there between the rows of delicate white eggplant and the saffron orange of ripening tomatoes, I take a large sip from my glass of red wine, inhaling deeply the smell of soil and the soft perfume emanating from the garden. I think to my farmer self, “Growing my very own food is just cool as shit!”

Of course, “Farmer Hugh” isn’t a John-Wayne-esque American hero – and he is certainly no Iron Man – but as I stick my green thumbs in my pocket and close my eyes, the dreams I have about what to plant for the fall bring me as great a pleasure, I am certain, as anything The Duke ever dreamed of. 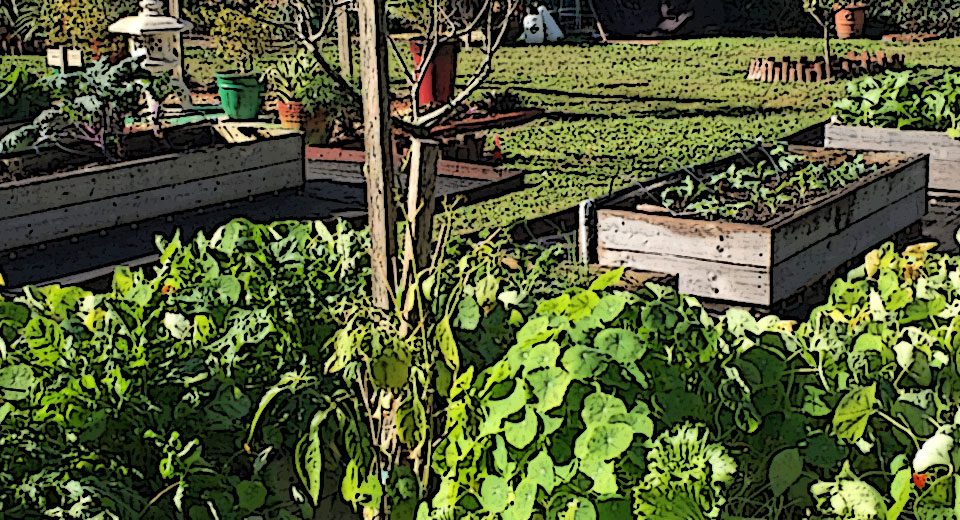 Musings of An Urban Farmer In His Garden
January 22, 2016